Whatever you choose to do on your winter holiday you are sure to find a huge range of activities across the Val d'Isere area. From relaxing to full on adrenaline there is something for everyone, every ability and every age in Val d'Isere. Check out the selection of things to do below for some holiday inspiration! 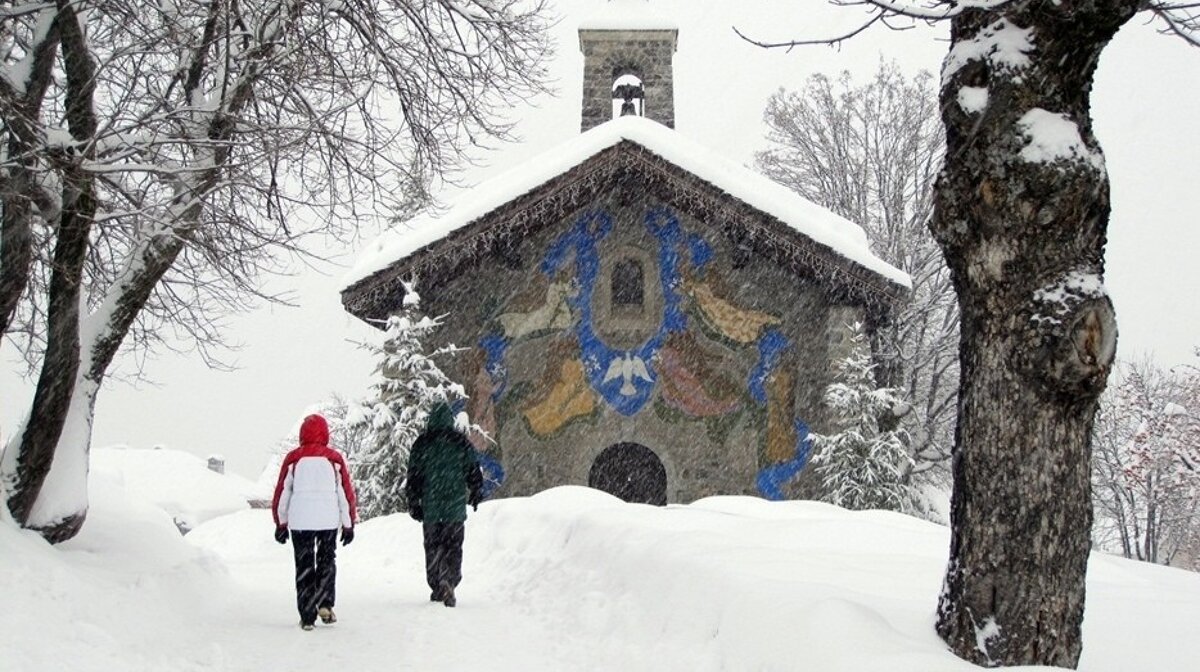 Val d'Isere is a winter walker's paradise, with lifts giving access to the higher ground and a network of groomed trails in the winter, it's very easy to discover the resort on foot. Don’t forget to check the weather forecast before you set out as conditions can change rapidly in the mountains. You do not need any particular equipment, just a pair of sturdy boots and layers of warm clothing that you can take off or put on as necessary. A pair of walking poles will come in handy for extra balance on icy patches and for checking snow depth before you go striding forth. Top tip: buy grippers for your walking boots to prevent slipping which you can buy from most local Sport Shops.

Spend the evening dining in a yurt in the forest and finish the night with a drink by the fire and torchlit sledge ride back down the mountain. This is suitable for anyone over 14 years of age and offers a unique evening experience in the wilderness of Val d'Isere. Cost approx €70 per person.

Get back to nature and explore the lovely tranquil cross-country ski trails. There are two different techniques – classic and skating. Classic is the easiest for beginners; you simply place your skis in two parallel grooves, push off and glide around the trails. Skating is more energetic and a slightly harder skill to grasp; you push your feet out to either side as though you are ice skating and use your poles simultaneously to gain momentum. You can hire the comfortable boots and lightweight skis and poles fairly inexpensively from most sports shops and book a group or private lesson to learn the basics from most ski schools or private instructors. A number of adventure companies also offer cross-country skiing guiding, tours and lessons too. Find your way around with the cross country skiing maps.

Take the family into the Manchet valley and discover the Ferme de l'Adroit. It's open in summer and winter, and you can buy some of the delicious cheeses they produce on site.

Book Things To Do

A public gym & fitness classes can be found at the main sports centre in Val d'Isere.

Sit back and admire the mountains from even higher up. Daily panoramic helicopter flights are available (weather permitting) with a number of local flight companies. Relax and enjoy the stunning views as you fly over the snow-capped mountain tops, glaciers and alpine forests of the Alps.

There are over 2.5 million people doing geocaching around the world and some of them (perhaps surprisingly) are right here in Val d'Isere! It’s a relatively new craze that started taking the world by storm in May 2000 after a computer geek decided that GPS could be “really exciting”. He hid some treasure at his home in Portland, America, for people to find, broadcast the GPS coordinates and said, “Come and get it”. His only rule: “Take some stuff, leave some stuff”. And that’s exactly what Geocaching is…you go in search of treasure by using the GPS system on your mobile device – once you’ve found it, you write your name in a logbook and replace the treasure you decide to take. It’s pretty simple really and means, as a family, you can be adventurers together. You won’t usually find anything quite as precious as gold, silver and diamonds but nevertheless it’s quite exciting!

Unfortunately, heli-skiing is not permitted in France, however some of the ski schools, adventure companies, local flight companies and mountain guide companies will offer a pick-up/drop-off heli skiing service for you where you will be taken over the border into Italy or Switzerland. It is expensive, but definitely a once in a lifetime experience!

Be in charge of your own sled and team of excitable husky dogs, driving them along forest paths in winter. After a brief explanation of how to make your team stop and start, you set off following the guide’s team. If this all sounds a bit much you can opt for a less physical outing where you sit in the sled and the guide does all the hard work! It's a very popular winter activity, so booking at least 48 hours in advance is a must. They run from early December to the end of April (snow-permitting).

Book Things To Do

Where to go to jib, bonk, spin and pop in the Espace Killy. 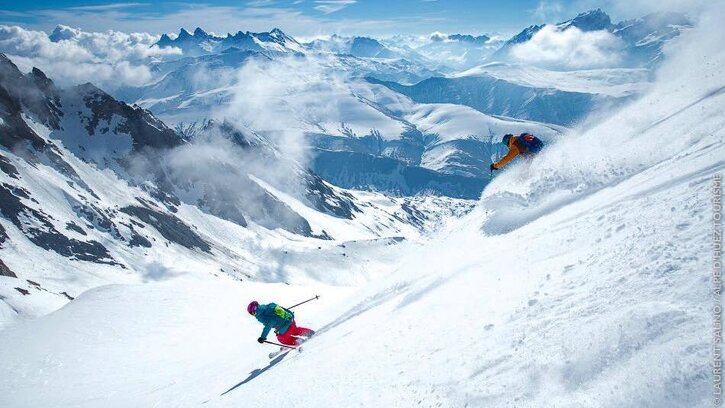 Beautiful weather, super skiing and great après-ski - what's not to love about Spring 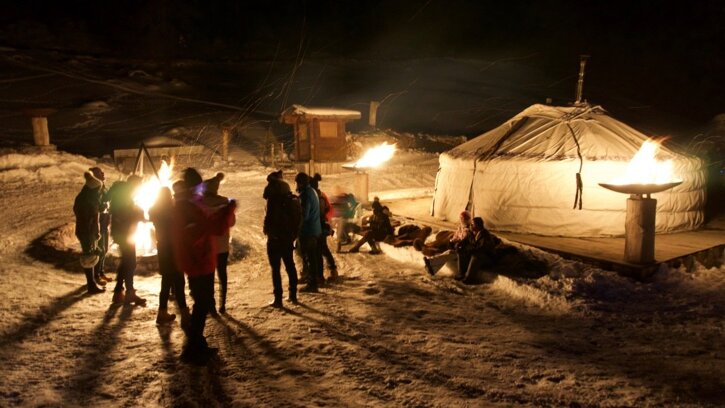 If you're looking for something a little out of the ordinary to do on an evening after skiing, Evolution 2 offer the chance to join a 'Wilderness Camp' in the forests near Tignes. 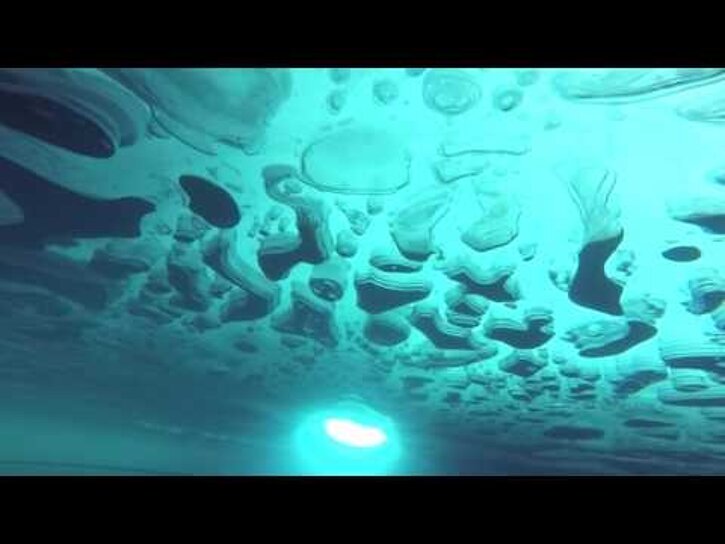 After spending two years scuba diving in the warm waters of Thailand, I was very intrigued to see if I would hold up under the ice in conditions that were very new to me.

The best apres ski party in the Espace Killy

La Folie Douce is one of the liveliest paces to head on the mountain for apres ski, with cabaret dancers, musicians and magnums of champagne being delivered to thirsty party-goers by a mini cable car. 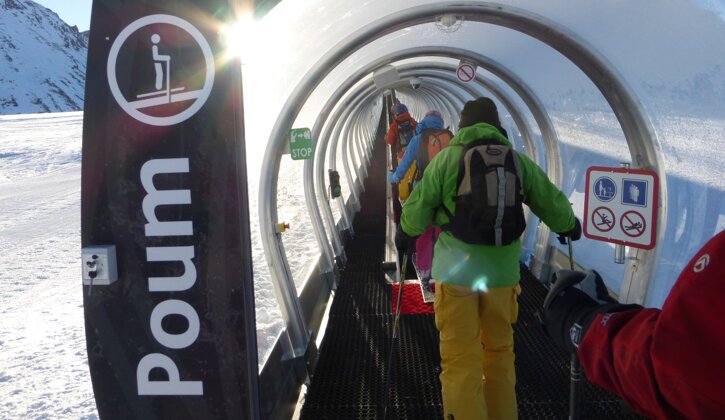 The best advice for novice skiers and snowboarders

Why Val d’Isère is great for beginner skiers

Coming to a ski resort for the first time as a beginner skier or snowboarder can be a bit daunting. With a little locals know-how, our tips and tricks will help you make the most of your time here and hopefully leave you desperate for more.