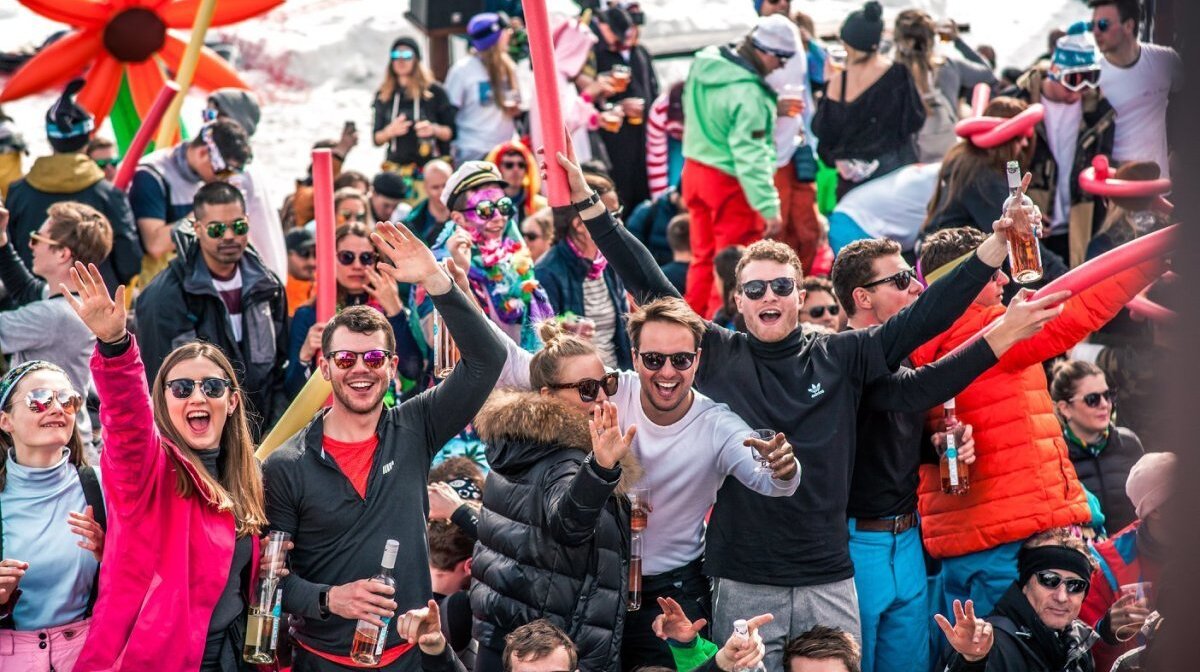 Spring is officially in the air as we enjoy longer sunnier days up on the mountain and around the town. Don't forget your sunscreen!

The Easter holidays bring families back to the valley for a short end of season break in the mountains. The warmer spring days also brings a party-vibe to the town and the sun / snow conditions obviously warrant a longer lunch break on a sunny terrace to top up the tan, and après-ski seemingly starts a little earlier.

To make the most of the longer sunny days we like get out on our touring skis and split-boards, get away from the lifts, and find that last bit of untouched snow. Also, whilst some locals are brave enough to bring out their bikes for a quick trip into town, in general it's still too cold and icy to risk any road biking adventures.

Read on for a look at what we like to do in resort throughout April.

What are the weather & snow conditions like in Val d'Isère in April?

As winter draws to a close for another year, the snow on the lower slopes is usually much heavier by midday. The temperatures rarely dip below freezing, usually falling between a low of -3ºC and a high of 5ºC, plus there's still the chance of snow as April averages four eight days snowfall, and therefore a powder day isn't out of the question. 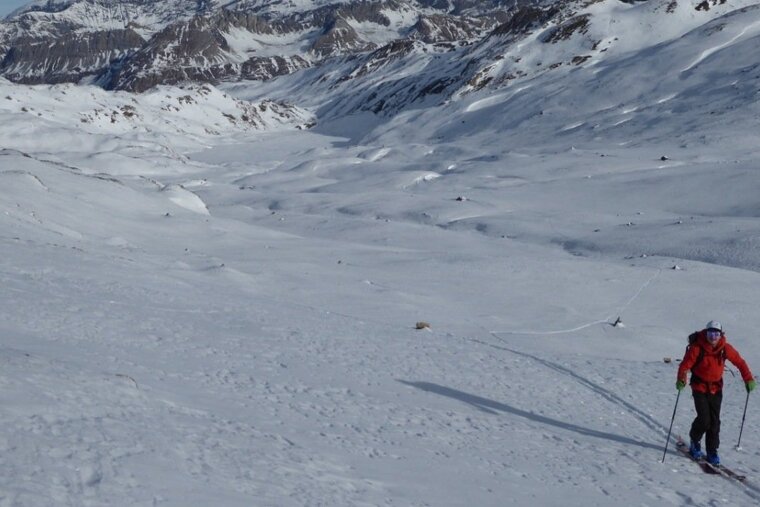 What's on in Val d'Isère in April?

Adventure & Discovery Film Festival
Running since 1996, this three-day film festival will showcase some of the best new adventure and travel documentaries of the past year. Each film is followed by a Q&A session with the filmmakers so you can gain an insight into their stories. The screenings are free to attend.

Léo's Invitational
Léo Taillefer invites you to join him in the Mancet valley for a great day of adventure as the world's top riders will be offering an exceptional show throughout the day. Look up and you'll see paragliding acrobatics and speed riding as well as skiing and snowboarding. If you're up for it, you can race the BANKS slalom or take a two-seater parasail flight. To finish the day there is a big party with guest performers.

Alternative Winter Sports
It doesn't just have to be piste based adventures you take part in. Ski-touring and split-boarding have become extremely popular in recent years, and there's nothing that gets the heart pumping like gaining altitude under your own steam. When it's a 'white out' you'll find us changing tack entirely, pulling on some raquettes (snowshoes) and venturing forth into the wilderness on one of the many snowshoeing routes around the valley, all the while dreaming of tomorrow's bluebird powder day. 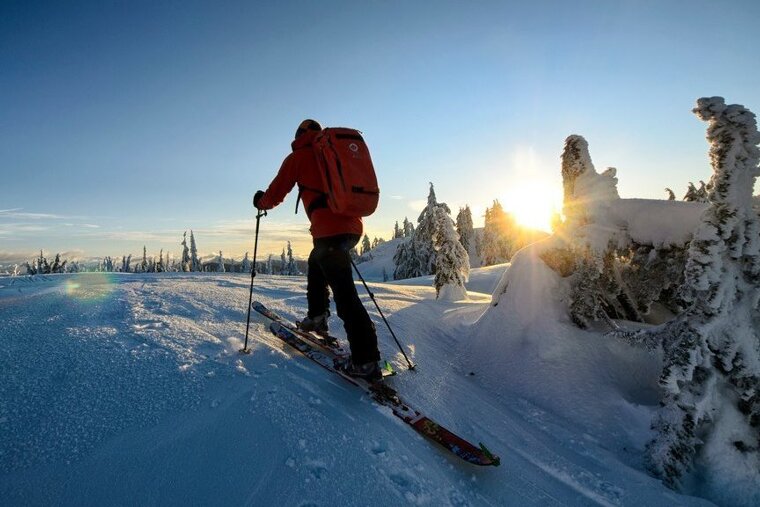 Easter is a popular time for families so the slopes are noticeably busier as soon as the holidays begin. Fortunately, the Tignes-Val d'Isère ski area is so vast, that even in high season you can find quiet slopes and minimal lift queues. Here are our insider's top tips for the school holidays: 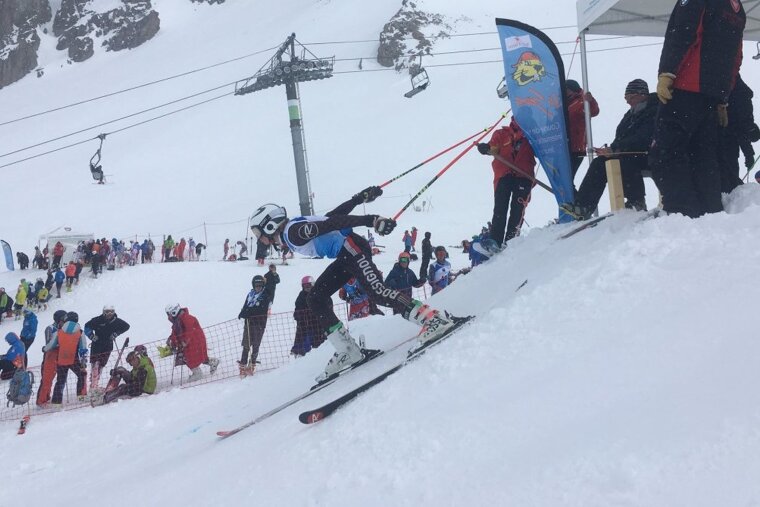 There is still time to enjoy one of our legendary après-ski parties before the season comes to an end, and the only good thing about the ski resort closing is the end of season parties.

La Folie Douce in doing what it does best, usually throws not one, but two end of season parties. So you can expect loud music, plenty of dancing on tables, live performances, and more than likely someone spraying expensive Champagne wildly into the crowd whilst posing for the perfect Instagram shot. 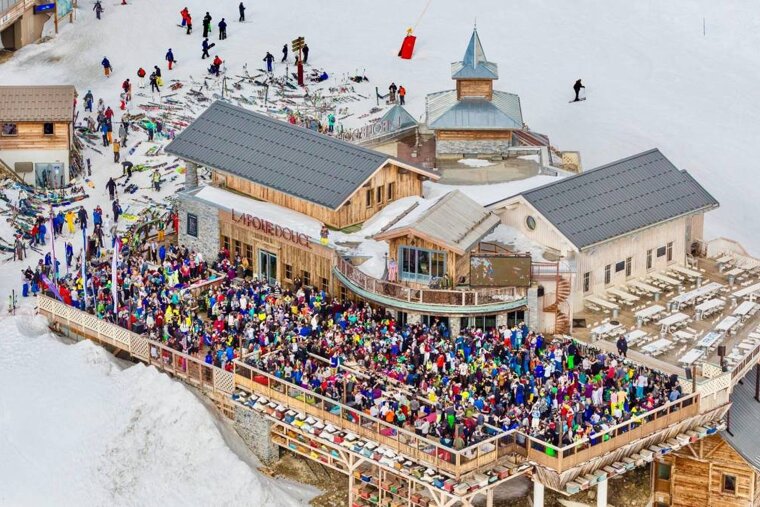 If you're coming to Val d'Isère this month or later in the summer, now is the time to start thinking about booking accommodation, how to get here, and some of the many things to do while you're in town.