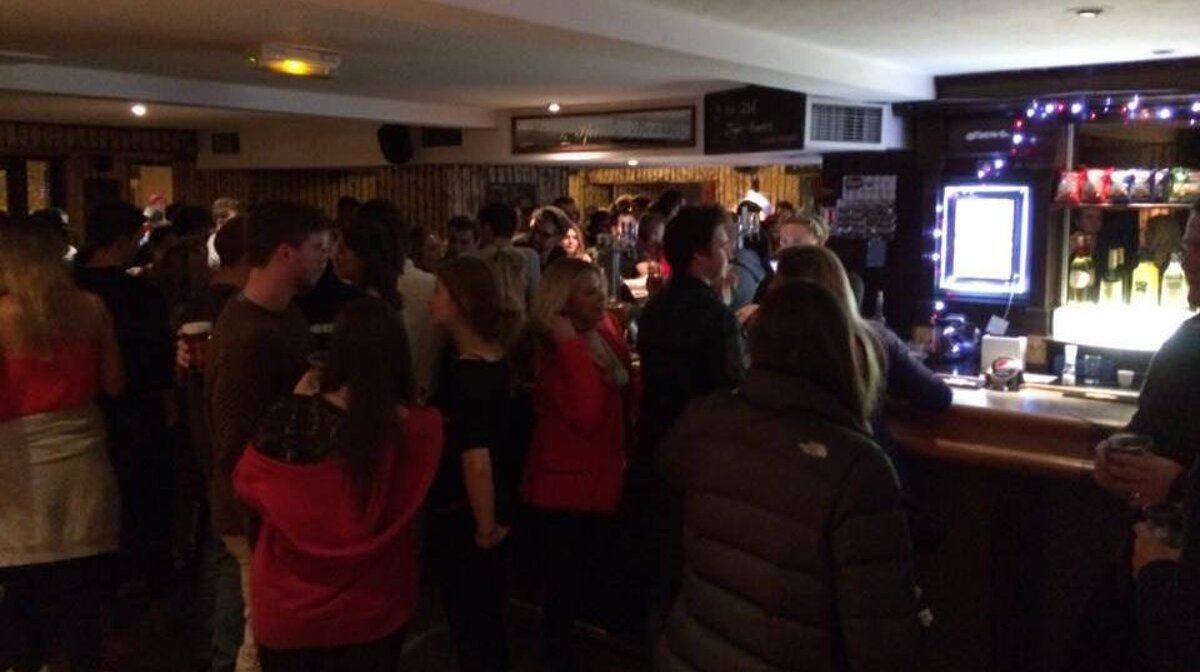 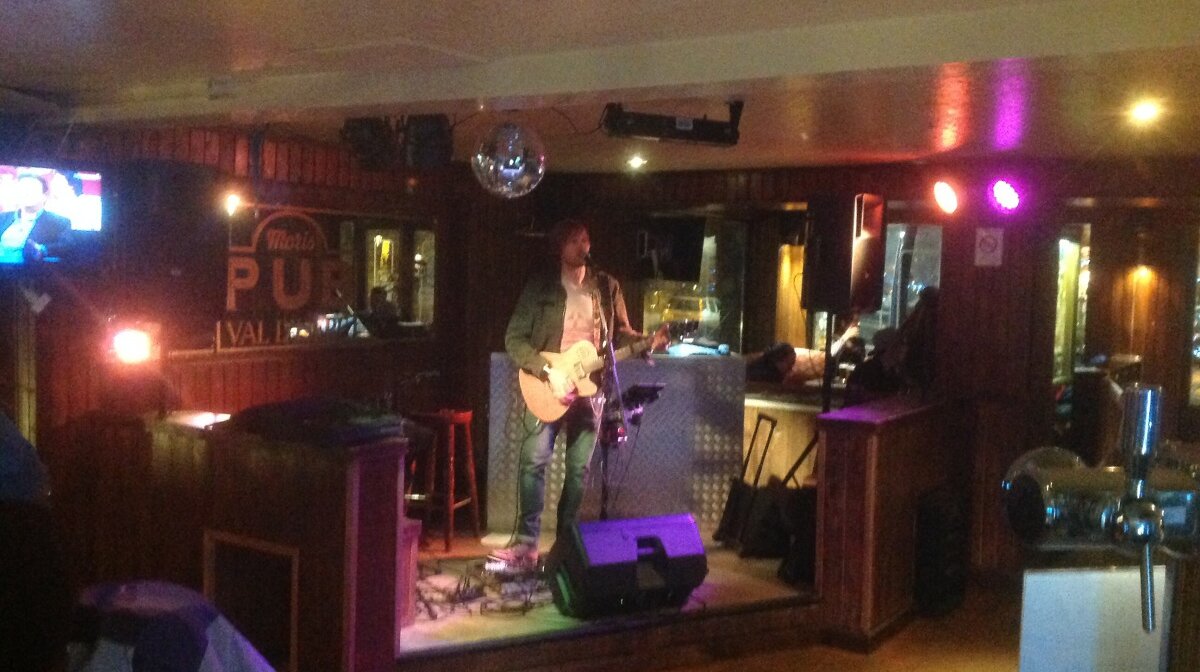 The interior of the bar

The Moris has had a bit of a face lift since last season and now has a new, light wooden interior and a lot more light compared to last season. Walking in, it already feels like a Pub that is a lot more likely to produce high quality food. I approached the bar and was greeted by 3 friendly members of staff.

I got to the Moris Pub around 7 in the evening and there was a relaxed atmosphere with a few patrons in for food and a couple of groups drinking and watching sport on a number of the large TV screens scattered around the bar.

It’s a relatively quiet time for the Moris, inbetween the busy apres-ski sessions and the exciting nightlife, which tends to get going around 9pm.

As I talked to the manager Bobby, he suggested several options on the menu that would be worth trying so I went along with his recommendations which were to try three of the dishes on the menu; Lamb Stew, Scampi and Chips and Pulled Pork Nachos. While I waited I ordered a drink and deliberated on which screen I wanted to plump myself in front of, with a choice of live Premiership Rugby or Football, I leant towards rugby so sat myself down on a comfortable sofa bench in front of a huge TV showing the Wasps vs Connacht game.

The food took less that 10 minutes to arrive and although I was expecting three sample sized portions, in fact, what came out was enough food to feed a rugby team! A friend had just joined me, which was fortunate because even one of these dishes would be viewed as a big meal, so to make a dent in theree would have been tough going by myself.

With a mountain of food in front of me I felt a bit overwhelmed not knowing where to start with it all and decided to dig into the Scampi and Chips. The scampi was cooked to perfection. Nice and crunchy breadcrumbs on the outside with tender, quality fish on the inside, served with a generous helping of chunky chips, a pot of mushy peas, with a delicious minty kick and a salad.

I nibbled at the Pulled Pork Nachos in between mouthfuls of scampi and was blown away with the flavours. I often find a bowl of nachos to be quite a disappointment with the cheese and dips and sometimes merging together and forming a soggy bowl of tortilla chips, however this couldn't have been further from the truth with the Moris’ Nachos - The pulled pork was sweet, succulent and delicious and with the melted cheese, guacamole, sour cream and salsa there was plenty going on flavour wise. There was a perfect amount of pulled pork and dips so it didn’t become a stodgy bowl of mess but remained light and probably most importantly, the tortilla chips stayed crunchy.

Now, at this point my friend and I were starting to get full and wonder how we were going to manage the Lamb Stew as well. The bowl was huge and filled with large chunks of lamb, potatoes and vegetables. We probably wouldn't have managed if it wasn't so good... The lamb chunks were so juicy and flavourful, accompanied with a rich sauce, hearty vegetables and a baguette. A meal like this will definitely do the job after a long day on the mountain.

I was truly impressed with the Moris and will definitely be heading back, with a good variety of dishes, a taste of home and extremely reasonable prices, it’s hard to think of a reason not to.